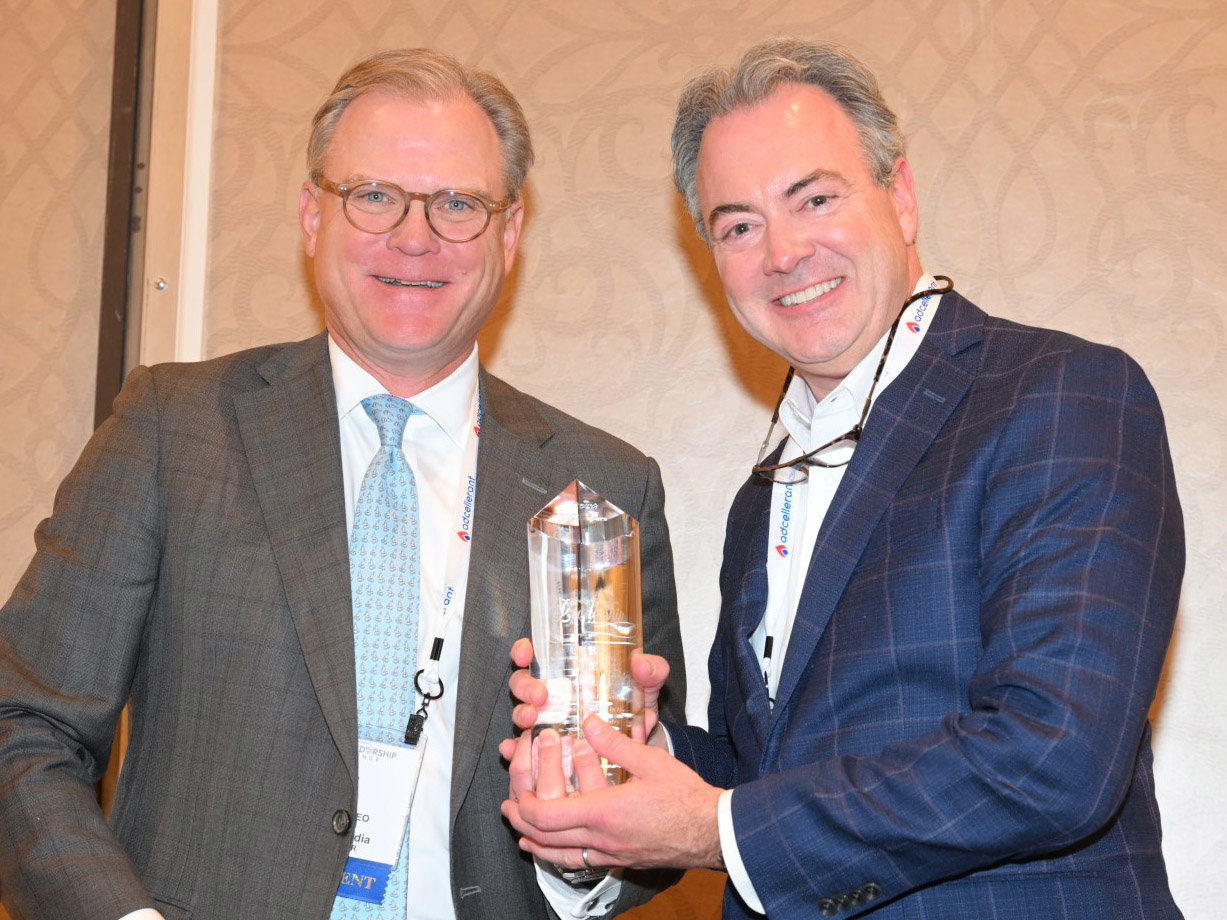 Chris Reen, president and CEO of Clarity Media Group, which publishes the Colorado Springs Gazette, Denver Gazette and the Washington Examiner, was honored with the Frank W. Mayborn Leadership Award on Monday during the Senior Leadership Conference of America's Newspapers.

This award, now presented annually by America's Newspapers, is named in memory of Frank Mayborn, who served as president of SNPA in 1961-62 and is presented to an industry executive to recognize his or her vision, community leadership and contributions to the newspaper industry.

"We all owe Chris a huge debt of gratitude," Lea said in announcing the award, "for putting this new merged association on firm footing, especially in the face of the challenges that COVID threw at us just a few months after he took office."

He added, "He was exactly the right person to steer this association through its first year as president and to play a vital role in the planning process as the merger of Inland and SNPA took shape." 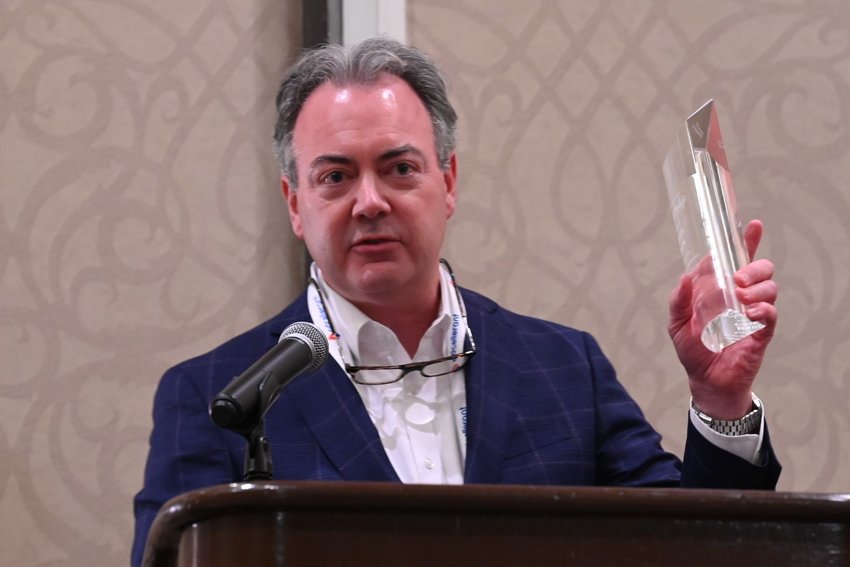 When the America's Newspapers name was announced three years ago, Lea said Reen pledged that the new association "would keep all of the qualities that we love about SNPA and Inland: the collegial atmosphere, the camaraderie of members, the can-do spirit and the down-to-earth, practical information shared inside and out of our sessions." Reen also pledged that America’s Newspapers would carry a renewed sense of mission — to explain, defend and advance the vital role of newspapers in our democracy … and to be an unapologetic and relentless advocate for newspapers and the newspaper industry.

"I think we can all agree that Chris has made good on those promises — many times over — and America’s Newspapers is the realization of his vision," Lea said. 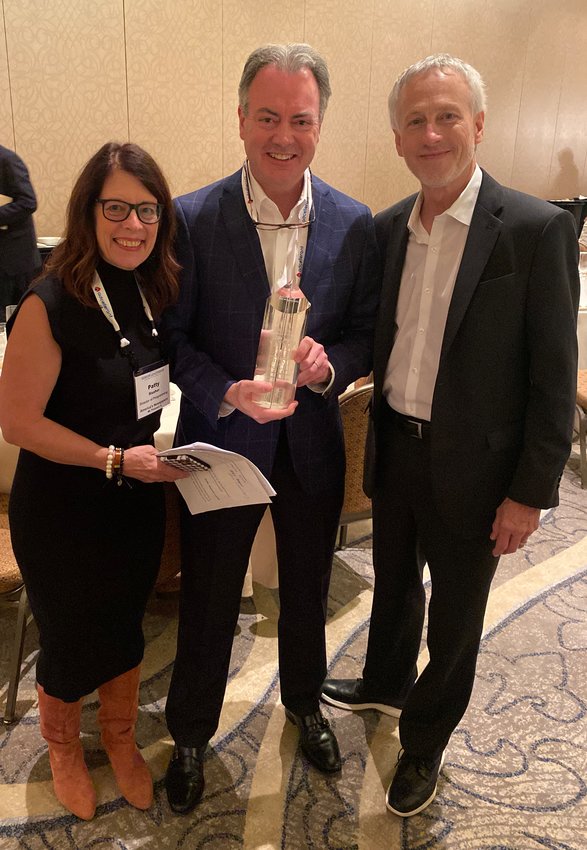 Lea also cited Reen's commitment to education being at the core of America's Newspapers' mission: educating the public about their stake in newspapers' future, educating local businesses about the reach and effectiveness of our products and services, and educating members on the trends, strategies and best practices for a sustainable path to prosperity.

"We’ve seen this come to pass," Lea said, "in the form of marketing campaigns that have been made available to members at no added cost, a white paper on local advertising trends, informative webinars and solutions-oriented conference topics — both during in-person conferences and — during the COVID pandemic — through virtual conferences."

Other industry colleagues also joined in endorsing Reen being recognized with this award:

Alan Fisco, president and CFO of The Seattle Times Company, said: “Chris Reen is a wonderful addition to the exceptional list of prior recipients of the Frank Mayborn award.  The award recognizes an individual’s contributions to our industry for ‘vision, community leadership and contributions to the newspaper industry’.  I cannot think of a more worthy recipient.  I had the privilege of working with Chris during the merger of SNPA and Inland, as well as on the Executive Committee these past three years.  Chris’ passion for our industry and our organization and his exceptional grace was exactly what we needed during this major transition.  He is a true visionary.  When I think of Chris, three words come to mind: grace, smarts and wisdom.  We are a better organization thanks to Chris’ contributions.  Well deserved!”

Cameron Nutting Williams, regional publisher and CRO of Ogden Newspapers, who will be nominated Tuesday as the next president of America's Newspapers, said: “Chris, through all the times I've known him, has been an immovable optimist about this industry and his ability to make a difference as a part of it. We needed that belief in a path forward to persevere as we formed a new association that could credibly serve our industry long into the future. Chris never lost sight of that goal and I am so grateful to him for his stewardship and good humor as we got across the finish line.”

Leonard Woolsey, president of Southern Newspapers and president and publisher of The Daily News, Galveston, Texas, said: “With grace and utmost professionalism, Chris successfully managed the merger of two titans in the newspaper organizations — SNPA and Inland. I don't think many of us would be up to the task he so tactfully managed and achieved. Kudos to Chris, as his contributions will be felt for generations to come.”

And, Edward Vanhorn, retired executive director of SNPA, said: “Chris Reen is a smart, passionate advocate for newspapers who has truly earned the Frank Mayborn Leadership Award.  He served as the first president of America’s Newspapers — and he played a critical role in its creation.

“Chris and a small group of leaders from SNPA and Inland toiled for a year to launch a new industry organization to re-brand newspapers, re-educate the public about what newspaper companies do, and promote the integrity of newspaper journalism.

“His devotion to the newspaper industry and his thoughtful leadership have earned the admiration of his peers and the members of America’s Newspapers.”